There may be no category of people with more hopelessness directed their way, than people who’ve returned to our community after incarceration. Expected by most to fail, the exclusion is near-universal: excluded from employment, from housing, from people and places and events. Their criminal conviction history precedes them in almost every realm. A person gets released from prison only to begin a different phase of punishment, condemned for the long haul, permanently marginalized, consigned to a lifetime of fear and contempt and exclusion.

I’d been carrying a Sunday newspaper around in my book bag since early October. It caught my imagination the day it landed in my driveway and I couldn’t let it go: to me, it’s about forgiveness and mercy and limitless possibilities of life; it’s about falling short and doing the wrong thing and being seen by others as flawed at best; it’s about being encircled by the big arms of humanity and that shared knowledge that it is only by forgiveness – and by rising up to see a new day even when we may not feel we deserve it – that we are here now. 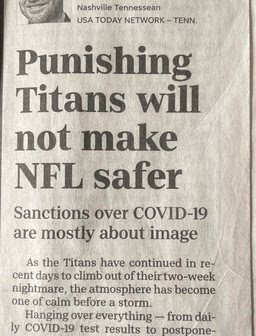 Actually, though, this newspaper piece was just about football! In the throes of COVID, our local team had gathered for impermissible practices. The front-page, above-the-fold question was, how harsh and how long-lasting should punishment be; the gist of the article was that an outsized response to wrongdoing accomplishes nothing other than “satisfying bloodlust”.

In the world of football, we found it in our hearts to forgive, and cheer them on. In the real world, this question remains: what interests are served when we as a community deliver outsized, lifelong condemnation?

Despite the exclusion and marginalization, people are determined to leave prison behind and make their way in this world. We are so pleased to be a part of their lives and brighter futures for years to come. 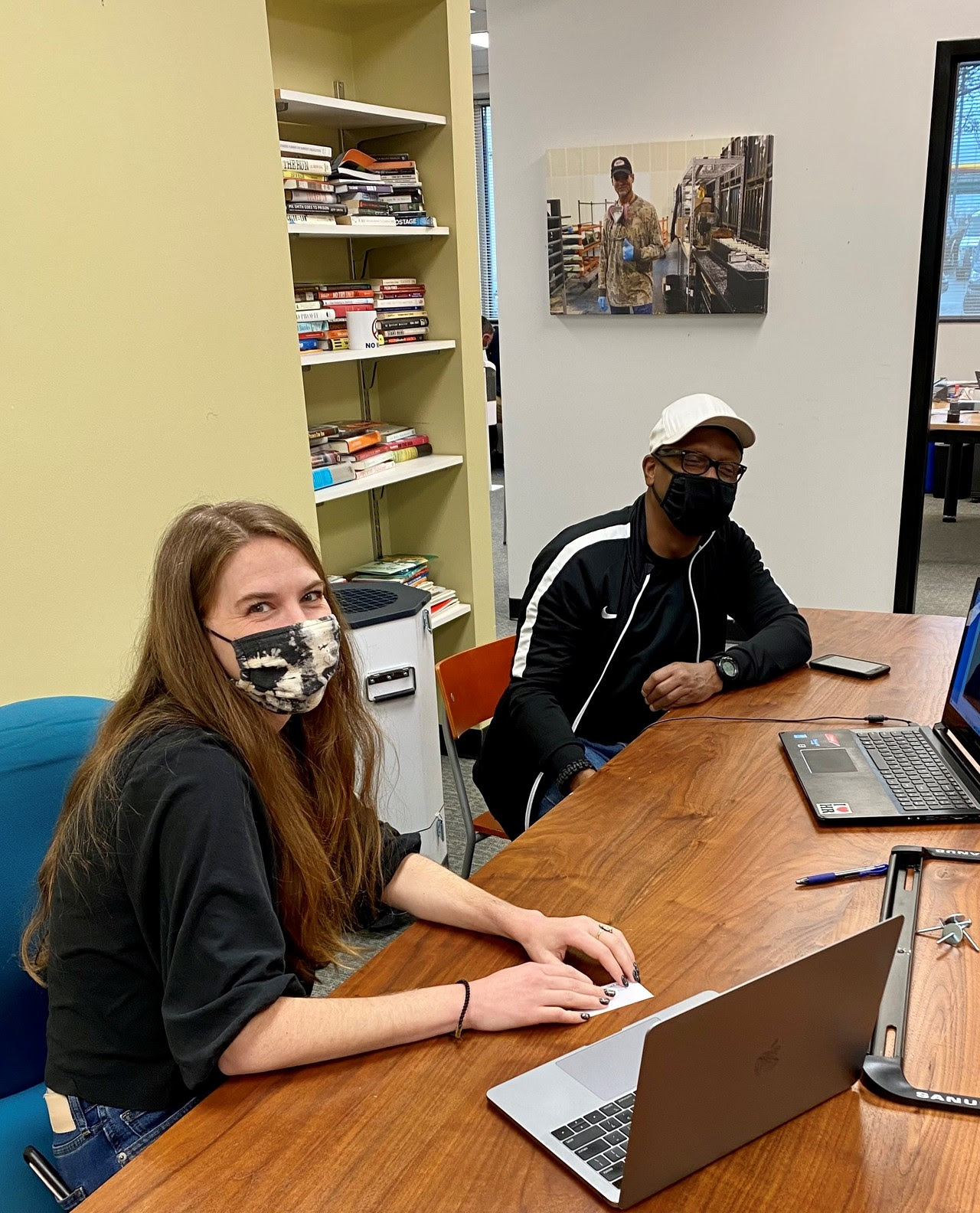 • Don spent more years in prison than some of our talented team members have been alive, and by now he’s been a contributing member of  the Nashville community for more than five years. He stopped in recently because he’d gotten a new laptop, and there’s nothing we’d rather do than help him get that set up!

• Anthony started college! He has three classes this semester while working fulltime in a supervisory role. He’s pursuing a business degree, and tackling courses like Computer Science and Art History along the way, telling us, “It all feels so adventurous.”

• Carl stopped in at Project Return last month to let us know that he was on his way to a closing – on his new home! He said he wanted to tell us in person so that he could see our faces when we heard his news; according to Carl, “this place blessed me.”

They would all tell you, it has not been easy – quite the contrary. This world directed hopelessness their way, and believed the worst of them. But with each new day, and accomplishments big and small, the hope and gratitude is palpable.

Our work is all about the brighter futures of people, whose hopefulness is focused on tomorrow’s possibilities and better days ahead. They are here for the long haul, and we are helping them to beat nearly insurmountable odds, each long hauler a beacon of hope for the next. Your support of this work is life-changing.